Enjoy The Best Slots in Real Money Mode  >  Our Story

The History of The Frisco 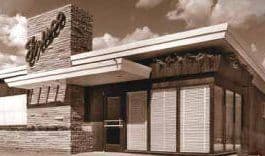 The Frisco opened its doors in 1953 as part of Harry Akin’s Night Hawk chain, which began its empire during the depression two decades earlier.  Akin, a former actor, started his local restaurant on South Congress and Riverside with Night Hawk No. 1. A true entrepreneur, Akin developed innovations such as late night service, and even raised his own beef to ensure the quality of the food. He hired women and minorities before it was politically correct to do so. In the turbulent civil rights era, he was the first Austin restauranteur to integrate his restaurants.

Akin liked to tell his staff, “There is nothing accidental about quality”.  Sixty years later, The Frisco’s endurance is living proof of this. From those who have been coming in for years, to the new Austinites settling in the surrounding neighborhoods, people of all ages still come to the diner to enjoy a good homecooked meal.